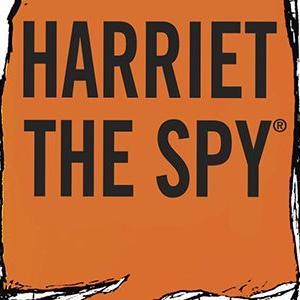 Betsy Bird has landed at the Evanston Public Library. Who, you might ask, is Betsy Bird? Well, if you're more into fantasy football than a dream librarian lineup, this is akin to Walter Payton being available for your roster. Bird arrives in Evanston from Manhattan and the New York Public Library, where she was the youth materials specialist, aka children's librarian, with a budget of $1.7 million to purchase everything from the classics to "Captain Underpants" for 89 branch libraries, and in charge of not only the 50,000 volumes in the children's section, but treasures like the original Winnie-the-Pooh and his Hundred Aker Wood friends.

The 37-year-old mother of two is a prolific blogger, author of the picture book "Giant Dance Party," co-author of "Wild Things! Acts of Mischief in Children's Literature," a former member of the Newbery Medal Committee, and a regular reviewer of children's books for publications including The New York Times. She's also known for her literary salons for parents, teachers, authors and illustrators. Oh, and look for "Funny Girl," her humor anthology for girls 9 to 12, in 2017.

But it's over at A Fuse #8 Production — her blog on the School Library Journal website — where her knowledge of children's literature and zany wit draw tens of thousands of kid-lit lovers to partake of both scholarly insights into craft (reviewing, she says, is the site's lifeblood) and bits fit for 10-year-old boys: "Did you know," she writes, "that there's a subject heading that's 'Buttocks — Fiction' for children's literature?" Her Video Sundays are particularly irresistible. A sampler: the trailer for "American Girl Dolls: The Action Movie"; a Kickstarter campaign called Time Traveler Tours & Tales; a visit to SNL's Middle Earth Office; and book trailers from authors and illustrators such as Kevin Henkes ("Lilly's Purple Plastic Purse") and Caldecott Award winner David Wiesner ("Flotsam").

Bird plans to keep on blogging and hopes to continue her literary salons here, as well. But her book world is getting bigger. In her new position, she will be the collection development manager, a newly created position in Evanston, overseeing and developing the library's entire collection from alphabet books to adult fiction. "This position is all books — every age, every type of book. It's a whole different set of muscles for me, basically," says Bird. Printers Row Journal sat down with her to talk about libraries, books and the next big thing in children's literature — and in between Trixie Belden and Flower Fairies, we got her recommendations for back-to-school books too. Following is an edited version of our conversation.

Q: Were you a "library kid," and when did you know you wanted this to be your career?

A: Yes, I was, and I fought against it tooth and soul, but I was doomed to it. I was a kid who created a cataloging system for every single VHS tape. I alphabetized all the family's books. And I would take the National Geographics and make subject heading lists for them, for fun. So if I wanted to know where tamarin monkeys were I had that written down on a little piece of paper. But I was by no means going to become a librarian, because that was a boring job.

I hedged my bets in college and got a fine arts degree with a concentration in photography and an English degree on the side. Fun fact: I'm a terrible photographer. So I caved: Alright, I'm going to be a librarian but I'm going to be an archivist. I'm going to conserve books. And it was my husband who pointed out, "You've put your coffee cup down on your book on how to preserve books." It was a sign. Then, I took a children's literature course, just on a lark, and lightning hit.

Q: Can you share a few of your favorite characters and books?

A: I loved "A Time to Keep" by Tasha Tudor. She has very much fallen out of favor but it was my favorite children's book growing up. It's a book that goes month-by-month with a girl asking her grandmother what it was like when her mother was a little girl. I loved it, because I loved the food. The cupcakes in that book — mwah! — and for August, they floated a lit birthday cake down the river to her. I just fell for that book hard. I really liked beautiful books. Flower Fairies, "Secret Garden." And later "Harriet the Spy" and, eventually, Trixie Belden, the poor man's Nancy Drew.

Q: What about a recent favorite as a librarian and reviewer?

A: I'm going to give a shoutout to a book, the third in a series, that is about to come out — "Lockwood and Co.: The Hollow Boy" by Jonathan Stroud. It's set in a near-future where all the ghosts, for whatever reason, have come out of their graves and, if a ghost touches you, you die. Adults can't see them, though. Only kids, up to a certain age. So, there are bands of child ghostbusters and this band of three teens, Lockwood and Co., gets hired to do ghost removal jobs. They are more fun — the best parts of Scooby-Doo, Buffy the Vampire Slayer and any plucky band of funny kids, with a bit of Sherlock Holmes thrown in.

Q: During Hurricane Sandy, New York Public Library's computers were down, but the neighborhood libraries were swamped with people. I've been told lack of access to the computer system was no problem for children's librarians because their knowledge was in their heads. Are people always asking you questions about a particular book, whose title and author cannot be recalled, but you know exactly what they're talking about?

A: When I was in grad school, they actually had a handout, "How to Conduct a Reference Interview with a Child." Kids, particularly little kids, have an entirely different way of asking about books. I once was at the desk and this little blond boy comes up — he must have been 3 — and says, "OK, I want this book. It's about a woman with a white hat. She's not a pilgrim and she's a baker and there's a baby Jesus." OK. Is there anything else you can remember? "There's a pot of spaghetti." "Strega Nona"! "Yes." By the way, there is no baby Jesus in "Strega Nona" but she did have a white hat on and there are other baby Jesuses in other Tomie dePaola books. So that was the luckiest interview with a kid I ever had. But I just loved his saying, "She's not a pilgrim," which had clearly been suggested to him many times.

Q: What are the hallmarks of a terrific children's book?

A: The novelist and children's author Walter de la Mare said, "Only the rarest kind of best in anything is good enough for the young." So I would say the hallmarks of great, great children's literature show respect for the child and don't talk down to them. They are the best art paired with the best pictures. Also, they are books that cover universal themes, but are also windows and mirrors — windows in that you can see other kids who are not like yourself and mirrors in that you can see kids that are just like yourself. And, finally, books that kids enjoy reading.

A: Start young, super young. Get every word book from the library you can and surround them. Make the books their toys. Make the books the furniture. Make the books just there. My daughter was the kind of reader where she would sit down quietly and look at a book by herself for long periods of time when she was a baby. My son is the kind where you read him a book and he's running around but he's paying perfect attention to you. A lot of kids are like that — they just won't sit still for a book but they're definitely getting something out of it.

Q: What trends are you seeing in children's books?

A: I am seeing a big uptick in the number of diverse picture books, middle-grade novels, and early chapter books. The last Newbery awards were entirely diverse — "The Crossover" about African-American twin middle school boys; "Brown Girl Dreaming," a memoir about growing up African-American in the '60's and '70s; and "El Deafo" about a girl who goes deaf at age 4. There's a campaign, right now — the #WeNeedDiverseBooks campaign — pushing for more diverse children's literature. And we're not just talking racial diversity. We're talking religious diversity. We're talking a picture book with someone in a wheelchair when that's not the point of the book. Diversity cuts a million different ways.

Interactive books have also never been bigger — books that you draw in, write in, scribble in. A lot of it has to do with the digital revolution. Kids are so used to interacting with their apps ... and that's spilling over into books. These books break down the fourth wall and now talk to the reader directly. There's a book called "Battle Bunny" that looks like it's been scribbled in and redrawn, and the whole premise is that this boy has gotten this book from his grandmother and rewritten it. So libraries are doing that. They'll take old books that they were going to throw away and have the kids redo them into a book in their own image. This is a wonderful trend. Books aren't just objects that you look at and worship. They're becoming more beloved as a result of the digital revolution.

Christine VanDeVelde, co-author of "College Admission: From Application to Acceptance Step by Step," is a journalist whose work has appeared in The New York Times, Wall Street Journal, USA Today, SELF and Parenting.

Betsy Bird offers recommendations for books about the first day of school, making friends, fitting in and more.

Pedro and George by Delphine Perret

Tired of being mixed up by the world's children, Pedro the crocodile and George the alligator embark on a zany mission to demonstrate who is who.

Miss Bindergarten Gets Ready for Kindergarten by Joseph Slate, illustrated by Ashley Wolff

Introduces the alphabet as teacher (and border collie) Miss Bindergarten and her students get ready for the first day of school.

A humorous picture book about a first-grader who makes a mistake so hugely humiliating that he can't possibly go back to school.

It's the first day of preschool, and narrator Rosie knows everything a new preschooler needs to know. Rosie introduces the reader to her cubby, her teacher, her reading circle, her music class and more.

Ramona the Pest by Beverly Cleary

Ramona Quimby's entry into kindergarten becomes an earth-shattering event for all concerned when she makes her presence known.

Dory and the Real True Friend by Abby Hanlon

Dory makes a new friend at school. But her brother and sister are sure Rosabelle is imaginary, just like all of Dory's other friends.

When Izzy's dad doesn't attend her big run on field day, she makes sure he realizes her love of school sports is just as important as her brother's.

Twelve-year-old Alice Dare is one of 300 kids evacuated to Mars to attend school and train as soldiers, safe from the war with Earth's invading aliens, the Morrors. But when all of the adults and robots disappear, the youths must survive on their own.

Two best friends at a 1930s boarding school tackle a case when their science teacher dies and her body disappears.

Zack Delacruz: Me and My Big Mouth by Jeff Anderson

Zack Delacruz is unnoticed at his middle school — and that's just the way he likes it. But a school assembly, a typhoon of spit and an uncharacteristic moment of bravery are all it takes to change everything.

Joan would like nothing better than to go to school, but to escape her horrid, grasping father she instead finds herself working as a servant in Baltimore in the early 1900s.

I Crawl Through It by A.S. King