Should Colleges Be Factories for the 1%? 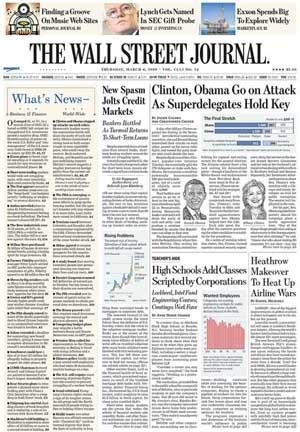 By Robin Mamlet and Christine VanDeVelde

In his recently unveiled Blueprint for College Affordability, President Obama calls for "collecting earnings and employment information for colleges and universities, so that students can have an even better sense of the life they'll be able to build once they graduate." In other words, the government wants to publish statistics on what graduates earn after leaving Harvard or Ohio State or Duke.

The results are unlikely to surprise. For all the costs of collecting and collating this information— for the sake of reducing the costs of education, no less—it will show what is intuitively obvious: On average, Ivy League grads earn more. But the information will be worse than useless for college-bound students because it will send them all the wrong signals.

The Obama administration decries the privilege of the top 1%, yet the president is suggesting that the likelihood of joining that 1% should be a top factor in college selection. That puts the government's imprimatur on the idea that earning potential trumps learning potential—and it runs counter to everything most educators believe in.

Earnings power is not a good proxy for educational excellence. Is a college that produces bankers and businesspeople better than one that produces teachers and musicians because graduates of the former are likely to make more money? If so, everyone should be a trial lawyer, nobody a teacher. To be sure, the college-bound need to think about how they may earn a living, and how different schools can help prepare them for that challenge. But unless students are already set on particular careers, they should choose their college based on the best fit for their particular capabilities and personalities—a place where they will thrive and emerge with the greatest set of life choices appropriate to them.

Even if the goal were simply to make the most possible money, it doesn't necessarily follow that students should attend the college with the highest-earning average graduate. The surest path is to find the best personal fit. If a student would thrive at Wayne State, that student will probably achieve his or her highest potential—in earnings and in every way—by attending Wayne State. Simply warming a seat at Harvard will not imbue you with earnings power, yet Mr. Obama's initiative will feed Ivy League frenzy, though among those eight schools the median acceptance rate is only one in 12.

The vast majority of Fortune 100 CEOs attended public universities, state colleges and regional schools. And Bill Gates and Mark Zuckerberg didn't become rich because they graduated from Harvard—they both dropped out.

"The concept that only the most selective institutions prepare the highest earners is fictitious, and if the primary measurement of a quality education is the earning power of alumni, then I would argue the measure is misguided as well," says Roger Thompson, the University of Oregon's vice provost for enrollment management.

In looking for the best fit, more information is almost always better. So it's good that Mr. Obama is pushing colleges to help families see clearly what school will cost, what are a student's chances of graduating in a timely fashion, and what the ultimate student-loan burden may be.

What will be the unintended consequences if colleges now have to compete to boast "richest grads"? Will they turn themselves into trade schools instead of the centers of learning and acculturation that they ought to be? In reducing college selection to a mere financial scorecard, the Obama administration is promoting a false value that has a high price indeed.

Ms. Mamlet, a former admission dean at Stanford, Sarah Lawrence and Swarthmore, is leader of the admission practice of Witt/Kieffer. Ms. VanDeVelde is a journalist. They are co-authors of "College Admission: From Application to Acceptance, Step by Step," (Random House, 2011).