A feast of doubts for college freshmen come Thanksgiving 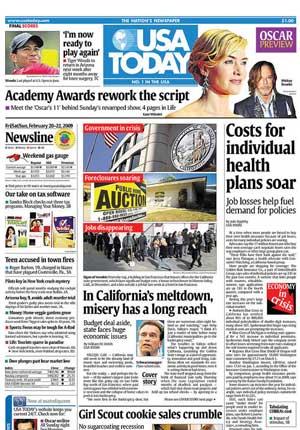 The turkey drop is just one of the precipitating factors. Homesickness, roommate conflicts, academic pressures, difficulty forming new friendships – any of them can cause college freshmen to leap to the conclusion that they've chosen the wrong school and that transferring to another is the answer.

In most cases, though, students shouldn't let a moment of self-doubt make them start the college application process all over again.

It can happen no matter how mature or accomplished a student is. Kelly Schryver, a junior at Brown University in Providence, had excelled at her secondary school and been president of her class every year since seventh grade. "But I was taken aback by the anonymity of being a freshman," says Schryver, remembering how she felt freshman year between Thanksgiving and winter break. "No one talks about how it may not be amazing at first, so you feel very alone. You automatically question whether you'd be happy somewhere else."

A need to belong

College administrators are familiar with this Thanksgiving milestone for freshmen.

"You have to find yourself in your institution," says Hannah Stewart-Gambino, dean of Lafayette College in Easton, Pa. "Belonging remains unbelievably important for students at this stage in their lives, so the self-doubt that sets in midsemester of the first year is generally about belonging, socially and academically."

Some students hit their stride from the start, but for others, finding their niche can take time, especially amid the unbridled freedom and independence of the freshman year.

"I like to say that to come to Stanford is to be offered a drink of water from a fire hose," says Julie Lythcott-Haims, Stanford (Calif.) University's dean of freshmen and associate vice provost for undergraduate education. "Whether it's the 600 student organizations or 70-some majors offered, everything is an option, and students have to learn to engage with that multiplicity. ... It takes time to get one's footing."

Schryver quickly found her footing academically, and that pulled her through. "I came back from Thanksgiving and sobbed in the bathroom all night," she says. "But the academics were amazing. I had really close relationships with my professors, and that was the light at the end of the tunnel.

"Even if things didn't change for me socially, I knew I'd have an awesome academic experience."

Meanwhile, whether a student's concerns may be triggered by a demanding math class, a long-distance romance, or just missing Mom's home cooking, parents are not always prepared for a phone call from a distraught child. So how should they respond? "Very often, students just want to vent," Lythcott-Haims says. "They usually want parents to be a loving, supporting ear, and they want to be reassured they have made a good choice."

If those doubts persist...

For most students, these doubts are a normal part of the pattern of adjustment – college administrators call it the "I'm miserable and need to transfer ... oh, nevermind" phenomenon. "We know from all the data that most students will settle into a pattern and be successful," says Mabel Freeman, assistant vice president of undergraduate admission and first-year experience at Ohio State University in Columbus.

If a student's homesickness or doubts persist well past Thanksgiving, though, experts agree it is probably a good idea to get counseling.

Or forge ahead and explore transferring. Emily Wohlford enrolled as a freshman at a small university in Chicago but had a hard time establishing a group of friends with common interests and never really found her niche. When she visited the University of Minnesota, she was struck by the camaraderie and authenticity of the Twin Cities campus. She applied to transfer and enrolled this fall. "It felt like a homecoming," says the UM sophomore. "I found the place I need to be."

But parents shouldn't immediately overreact to what is a normal adjustment by hitching up the U-Haul or instigating an intervention from the university administration or counseling center. "Be a safety-net parent, not a helicopter parent," Stewart-Gambino says.

Instead, she advises, encourage your child to branch out and make connections – join a choral group, volunteer at the campus hospital or explore a new learning opportunity such as a film society.

Schryver joined a club lacrosse team and turned a class business plan into a cake-baking service. "Now everyone knows me on campus as the 'Cake Girl,' " she says. "It made me realize it's a smaller world here than I thought it was. I'm totally happy now."

IF STUDENTS ARE WAVERING, PARENTS SHOULD GET INVOLVED

The critical period for freshmen is coming between Thanksgiving and winter break. If your child is talking about transferring to another college, in most cases it is part of the normal adjustment process. But if a student is experiencing difficulties that go beyond such talk, parents should take action.

Look for signs of academic and social withdrawal by asking concrete questions:

If it is obvious a student is withdrawing, parents should reach out to the university. Schools have an infrastructure of professionals, from resident assistants to mental health resources. As Stanford University's Julie Lythcott-Haims notes, "We have a pretty tightly woven safety net."