The Anti-Karma of College Admission 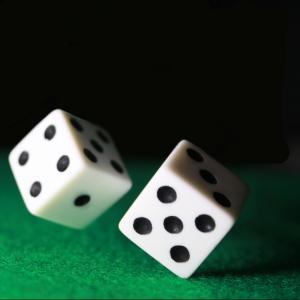 How many times have you heard college-bound 18-year-olds and their parents weave the randomness story about college admission?

Here's what most deans of admission and high school college counselors wish that students and parents understood: What happens in a college admission office is about putting together a class that meets the college's needs. It is completely driven by institutional priorities and what that means is, admissions are driven by every college’s own self-interest.

Colleges have their own agendas that have nothing to do with students and parents. They are businesses. They have payrolls to meet, facilities to maintain, programs to mount, trustees to satisfy, faculty and staff to keep motivated and happy, and laws to observe.

So what does that mean?

You've heard a version of this -- that a college wants women engineers or a shortstop. But it's much more complicated than that -- one of the reasons it's so hard to figure out what colleges want and deliver it in an essay or a resume of extracurriculars.

At the highest level, colleges each have a mission and they meet that mission in different ways. At public universities the priority is usually a mandate from the legislature to educate the best students in the state as defined by GPA or class rank. Private colleges will seek applicants who reflect the characteristics that fulfill their mission statement -- which might be leadership, intellectual ability, or dedication to public service.

Then it gets more complicated.

One admission dean said to me, the faculty owns admissions. And this is how far they drill down. It's not just that the engineering school wants more women, it's that the math department wants to see conceptual creativity in their incoming students, the political science department wants students who will give professors a run for their money in a classroom discussion, and the biology department wants at least some students who are genuinely interested in biology rather than studying it as a stepping-stone to medical school.

Then the people in student life get a say -- they want leaders who will run the student organizations, actors to walk the stage, and students to fill the stands at a football game.

The administration chimes in at some point -- they want geographic, cultural, and socioeconomic diversity.

And then there is another layer. Some colleges have cultures and personalities that can become an important part of their admission criteria—perhaps they are seeking quirky intellectualism like Reed College in Oregon, international applicants at a school like Stanford, or community service like Notre Dame.

So what are colleges looking for? All of the above.

Students, it's not all about you. It's also not karma, chance or kismet.

If you've made your list of colleges wisely, some colleges will say yes -- and, for most, some will say no, too, no matter how well qualified you are. If the news is good, congratulations! Celebrate! And if the news is disappointing, move on! Embrace the schools that want you! Get on with it. It's an amazing world out there and where you are headed is no mistake.

Christine VanDeVelde is a writer and journalist, whose work has appeared in the New York Times, Chicago Tribune, Wall Street Journal, Washington Post, USA Today, Parenting and Self. She is the co-author of the best-selling book "College Admission: From Application to Acceptance, Step by Step."